Alone in the Archive. Ibraaz Platform 006: What role can the archive play in developing and sustaining a critical and culturally located art history? (November 6, 2013)

Pollen & Fragments was presented at The Centre for the Advanced Study of the Arab World (CASAW), University of Edinburgh, (December 3-4, 2015) at the workshop: Cultures of Diversity: Arts and Cultural Life in Arab Societies before Independence  (Pollen & Fragments – The Abushady Archive PDF)

3 Quarks Daily, Feb 4, 2019. By Andrea Scrima. “Facts Become the Enemy: Art and Archives. A Conversation with Joy Garnett on The Bee Kingdom”. What does an artist do with boxes and boxes of archival material? And what if it belongs to her late Egyptian poet beekeeping grandfather? I had the pleasure of interviewing Joy Garnett for my 3QuarksDaily column–and now, you’ll have the pleasure of reading it. But you can also follow her on Facebook to witness the writing and image pairings of a work in progress. Read interview

Arabic Literature (in English), August 26, 2013. By Marcia Lynx Qualey. AZ Abushady: Revolutionary Egyptian Poet, Feminist, Beekeeper, and More. Artist and writer Joy Garnett is working on a book about her grandfather, Ahmed Zaki Abushady, the Egyptian poet and bee scientist. She answered a few questions about AZ Abushady, his work, and her book project. Read interview 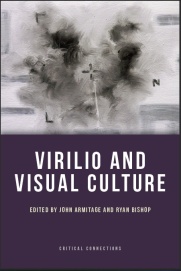 Under Fire : The Organization and Representation of Violence (Vols. I & II). Edited by Jordan Crandall. Witte de With Center for Contemporary Art Rotterdam (2004; 2005) Online Discussion 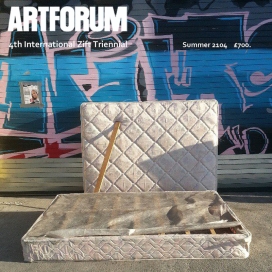 Artist Rights and the Many Shapes of Censorship, May/June 2016 Issue: “Illusion”

They Are the World, Inaugural Oct/Nov 2013 Issue: Becoming an Artist. Joy Garnett launches her new column with some thoughts on copying and archival tendencies in the 21st century.

INTO AFRICA
by Joy Garnett 6/26/01
Africa comes to New York in the spring.

INTO AFRICA
by Joy Garnett 12/12/00
Xenobia Bailey, Fatima Tuggar, Adrian Piper, plus “Angolan Treasures from the Museum of Ethnology, Lisbon.”

INTO AFRICA
by Joy Garnett 7/24/00
Surveying the scene in New York, from contemporary to classic.

INTO AFRICA
by Joy Garnett 5/23/00
Love hurts: The embroidered paintings of Ghada Amer.

INTO AFRICA
by Joy Garnett 1/31/00
Art in New York for Black History Month.

INTO AFRICA
by Joy Garnett 12/30/99
Our new column on the art of Africa and the African diaspora.

Cease and Desist: From the Law Offices of M.C Grosfischerplan. The latest dispatch from the copyright wars. Download: C&D for Robert Hovden 2014 PDF

The Case for Appropriation. Drawn from a panel organized and moderated by Joy Garnett, with Rob Storr, Virginia Rutledge and Oliver Wasow. Presented by BFA Visual & Critical Studies, School of Visual Arts (Feb 16, 2012)

Cariou v. Prince: The Copyright Bungle, artnet magazine. Will courts, judges and photographers ever understand the difference between a mass-produced photograph and a unique art object? (March 31, 2011)

On the Rights of Molotov Man: Appropriation and the art of context. Harper’s (Feb 2007) Portfolio_ON_THE_RIGHTS_OF_MOLOTOV_MAN PDF

“Myself: A Conversation about Self-Portraiture“, with Mira Schor. Myself exhibition catalog essay, Sheppard Fine Arts Gallery, University of Nevada, Reno (2011)